Rhythm on the River presents The Navigators

Rhythm on the River presents The Navigators
A high-energy, rock band that plays hits from the 1960s to today, The Navigators feature a powerful horn section and multilayered vocals. Formed in 2003, The Navigators play limited engagements each year to benefit a variety of charities and nonprofit organizations. Since 2003 they have helped to raise over $200,000 to help local & national charities.
Date: June 23, 2012
Food & Beverage: Starts at 6:30PM
Performance: Starts at 8PM
Admission: Free
Location: Bicentennial Park at the Performing Arts Pavilion, 233 Civic Center Dr., Columbus, OH 43215

Ref:  http://in-and-around-columbus.com/columbus-ohio-events.html#may
Posted by Meadows Custom Homes at 7:48 AM No comments:

Ref:  http://in-and-around-columbus.com/columbus-ohio-events.html#may
Posted by Meadows Custom Homes at 9:49 AM No comments:

Movies on the Mile


Ref:http://in-and-around-columbus.com/columbus-ohio-events.html#june
Posted by Meadows Custom Homes at 9:40 AM No comments:

Zoofari presented by Nationwide Insurance
This annual, adults-only fundraiser features more than 100 central Ohio restaurants and bars serving appetizer portions of their signature dishes and specialty drinks. Guests ‘graze’ their way through the Zoo enjoying live entertainment on stages scattered throughout Zoo grounds. Come with friends, wine and dine your business associates, entertain your out-of-town guests, or reward hard-working employees! Don’t miss Columbus’ best summer party! It is bound to be one wild night as the Zoo’s adult only premier fundraising event takes place. It’s a whole new park after dark!
Date: June 16, 2012 from 7:30 p.m. to 11:30 p.m.
Location: Columbus Zoo and Aquarium, 4850 W. Powell Rd. Powell OH 43065
Tickets: $95 per person Purchased through May 31, 2012; $135 per person Purchased after June 1, 2012; $150 per person Purchased at the Door


Ref:http://in-and-around-columbus.com/columbus-ohio-events.html#may
Posted by Meadows Custom Homes at 9:11 AM No comments: 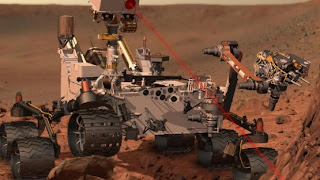 Scientists are trading telescopes for aprons this week to sell Milky Way cupcakes, Saturn cake, and chocolate chip Opportunity cookies in an effort to salvage U.S. planetary science projects.
The 2013 budget proposal submitted by the Obama administration earlier this year would cut funding for NASA

's planetary science projects by about $300 million. While Congress is still deliberating over the federal budget, groups of scientists are planning a series of demonstrations — in the form of bake sales, car washes and other events — for Saturday, June 9, to plead their case.
Though planet-studying spacecraft usually cost millions, or even billions, of dollars, every penny helps. That's the reasoning behind the Planetary Exploration Car Wash and Bake Sale to be held by University of Central Florida students and professors who hope to sway lawmakers into providing more money for studying the solar system. It is one of nearly 20 planned demonstrations for Saturday at sites across the country, organizers said.

Posted by Meadows Custom Homes at 9:15 AM No comments:

79th Anniversary of the First Drive In Theatre 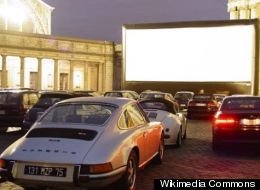 Google on June 6 posted on its search engine homepage an animated tribute to the 79th anniversary of the first drive-in movie theater.
The theater's founder, Richard Hollingshead, was issued a patent in 1933 for his concept of a theater that drivers could attend without having to ditch their cars. Within a few weeks, Hollingshead had opened his theater in Camden, New Jersey.
When the venue opened, Hollingshead's "screen" was a gigantic brick wall, in front of which the audience positioned their cars. Admission was only 25 cents per person, plus 25 cents per car.

Posted by Meadows Custom Homes at 10:34 AM No comments: 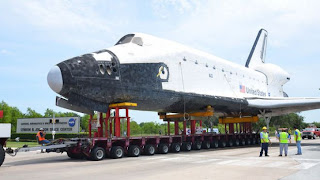 A replica space shuttle went on a Sunday morning (June 3) road trip, making its way from the lakeside dock here where it arrived on Friday to the NASA visitor center where it will go on public display.
The 1-mile (1.6-kilometer) trek was originally scheduled to take just three hours to complete, but obstacles along the way doubled that time . The mockup, loaded atop a 144-wheel transporter, was slowly and methodically trucked down NASA Parkway — also known as NASA Road 1 — to Space Center Houston, the official visitor center for the Johnson Space Center (JSC).
The full-size replica, which was known as "Explorer" during the 18 years it was at NASA's Kennedy Space Center Visitor Complex in Florida, sailed into Houston's Clear Lake after an 8 day journey by barge. Space Center Houston is planning a contest to select a Texas-appropriate new name for the high-fidelity space shuttle mockup


Read more: http://www.foxnews.com/scitech/2012/06/03/shuttle-replica-takes-sunday-drive-to-space-center-houston/#ixzz1wpr18Xp3
Posted by Meadows Custom Homes at 7:37 AM No comments: 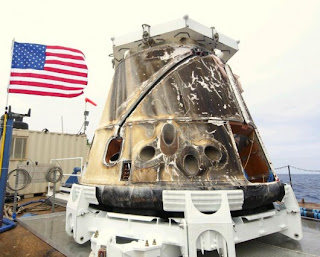 SpaceX’s Dragon spacecraft has splashed down safely in the Pacific Ocean, marking the successful completion of its mission in which a number of historic firsts were achieved. The splashdown came at approximately 11:42 US EDT, with the unmanned capsule landing in the waters roughly 500 miles (805 km) off the coast of Baja, California.
After its launch on May 22 atop a Falcon 9 rocket, the Dragon capsule became the first commercial spacecraft to dock with the International Space Station (ISS) on May 25. While attached to the ISS, 1,146 pounds (520 kg) of non-critical cargo that included food, other crew provisions and student experiments were unloaded, making room for the 1,455 pounds (660 kg) of cargo that was then packed onto the spacecraft to be returned to NASA. With other cargo vehicles servicing the ISS all destroyed after leaving the ISS, the reusable Dragon spacecraft is the only one capable of returning significant amounts of cargo to Earth.
While the journey to the ISS took 3 days, 6 hours, 11 minutes and 23 seconds, the return trip, from detaching from the ISS to splashing down in the Pacific Ocean, took just under six hours. After detaching from the ISS’s robotic arm at 5:49 am US EDT, a deorbit burn was carried out at 10:51 to decelerate the spacecraft. At 11:36, the spacecraft’s chutes were deployed and it splashed into the ocean six minutes later, awaiting recovery by boat.

Posted by Meadows Custom Homes at 8:11 AM No comments: 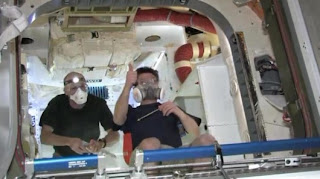 After making history last Friday by becoming the first private spacecraft to ever reach the International Space Station (ISS), SpaceX’s Dragon capsule was successfully boarded by ISS astronauts the following morning. The interior of the craft was reportedly in good condition, and according to astronaut Don Pettit, it smelled like a new car.

Working from the station’s Harmony module, where the Dragon is docked, Pettit opened the capsule’s exterior hatch on Saturday at 5:53 AM Eastern Daylight Time. He and Russian cosmonaut Oleg Kononenko then entered the spacecraft for initial inspections, and were joined by European Space Agency astronaut Andre Kuipers and Russian cosmonaut Gennady Padalka. The men initially wore goggles and protective masks, which is a standard precaution taken when opening any craft that has just arrived at the station.
The ISS crew are now in the process of unloading 1,014 pounds (460 kg) of cargo, which was brought to the ISS aboard the Dragon. They will then load it up with approximately the same amount of gear, for it to bring back to Earth when it returns this Thursday.
Sources: SpaceX, NASA

Posted by Meadows Custom Homes at 7:40 AM No comments: 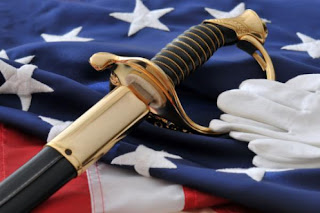 Memorial Day started as an event to honor Union soldiers, who had died during the American Civil War. It was inspired by the way people in the Southern states honored their dead. After World War I, it was extended to include all men and women, who died in any war or military action.
Memorial Day was originally known as Decoration Day. The current name for this day did not come into use until after World War II. Decoration Day and then Memorial Day used to be held on May 30, regardless of the day of the week, on which it fell. In 1968, the Uniform Holidays Bill was passed as part of a move to use federal holidays to create three-day weekends. This meant that that, from 1971, Memorial Day holiday has been officially observed on the last Monday in May. However, it took a longer period for all American states to recognize the new date.

Posted by Meadows Custom Homes at 7:55 AM No comments:

The 2012 Memorial Tournament will be held May 28 - June 3 at the Muirfield Village Golf Club.

The 2012 Memorial Tournament will be held May 28 - June 3 at the Muirfield Village Golf Club. The tournament is a major PGA Tour event that features the best golfers in the world.

Cell phones and mobile devices will be permitted on the property for 2011 in accordance with new PGA TOUR regulations announced in February. The use of cell phones and mobile devices during the Memorial Tournament is restricted to designated areas and not allowed on the playing field (tees, fairways and greens), practice areas or players' scoring area. Patrons must keep cell phones in the “silent” mode at all times. Photo and video use of all mobile devices is prohibited beginning Thursday and capturing video is not permitted at any time. Violators will have their phones confiscated; they can be retrieved at the close of play at Lost and Found within the Clubhouse.

Posted by Meadows Custom Homes at 8:31 AM No comments:

American Cancer Society – Relay For Life!
Join us for a night of shopping to support the American Cancer Society’s Relay For Life of Upper Arlington-Grandview Heights. Enjoy delicious food and drink as you stroll around and receive free goodies from each vendor.
Date: Thursday, May 24, 2012 from 6:00-8:00pm
Location: Oak Park Clubhouse, 8001 Oak Park Drive, Dublin, OH 43016, cattycornered to Dublin Jerome High School.
Tickets are $5 (all ticket, raffle and vendor fees are 100% donated) with raffle drawings all evening.


Ref:  http://in-and-around-columbus.com/columbus-ohio-events.html#may
Posted by Meadows Custom Homes at 8:04 AM No comments:

Genoa Township Business Association annual Entertainment and Health Expo
The expo will feature local talent, a food and beverage garden, activities for the kids and great raffles including a car. The festivities began at 3 pm on Friday and ends at 9 pm Saturday evening.
Date: May 18 & 19, 2012 – 3 pm until 9 pm on Friday and all day Saturday
Location: Parking lot of Kroger and Home Depot on Maxtown Road
Website: www.geonatba.com
Event is free!

Ref:   http://in-and-around-columbus.com/columbus-ohio-events.html#may
Posted by Meadows Custom Homes at 9:57 AM No comments:

Shelter Outreach Services of Ohio is having a Barks & Craft Fair. Artwork, Bake Sale, adoptable dogs, cats and more! This event is open to everyone and will benefit Shelter Outreach Services of Ohio’s Good Sam Fund. This fund helps pet owners, that receive government financial assistance, by helping to cover necessary medical care for their pets. Come check out City Dog and learn more about SOS! We are still looking for artists and crafters that would like to be part of the show. It’s just $25 and an item donated for our fall silent auction. If you’re interested in being a vendor, contact SOS for vendor information.
Date: May 20, 2012 from 11 am – 3:30 pm.
Location: The City Dog, 510 East Main Street, Columbus, OH 43215
Contact Info: info@sosohio.org


Ref:  http://in-and-around-columbus.com/columbus-ohio-events.html#may
Posted by Meadows Custom Homes at 11:06 AM No comments:

National Nurses Week begins each year on May 6th and ends on May 12th, Florence Nightingale's birthday. These permanent dates enhance planning and position National Nurses Week as an established recognition event. As of 1998, May 8 was designated as National Student Nurses Day, to be celebrated annually. And as of 2003, National School Nurse Day is celebrated on the Wednesday within National Nurses Week (May 6-12) each year. The nursing profession has been supported and promoted by the American Nurses Association (ANA) since 1896. Each of ANA's state and territorial nurses associations promotes the nursing profession at the state and regional levels. Each conducts celebrations on these dates to recognize the contributions that nurses and nursing make to the community.

Posted by Meadows Custom Homes at 8:03 AM No comments:

Welcome to Meadows Custom Homes Blog.  We will keep you up to date on home building information and issues relating to the industry.  Also, we will update homes, sites, and other news related to homes being built or completed.

Thanks for visiting!
Posted by Meadows Custom Homes at 9:31 AM No comments: